From the late 1840s through top the end of the century it was common for the well to do businessmen to get their families out of London during the summer months, usually placing them at a sea side resort where they enjoyed the fresh air.

Visiting was difficult until the paddle steamer became reliable. So the Paddle Companies ran special boats for this purpose on Friday evening and Saturday afternoons. They were called Husbands’ Boats. 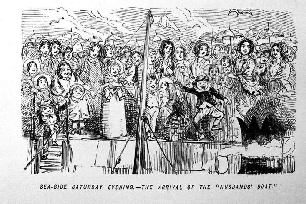 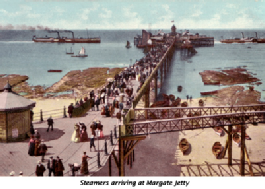 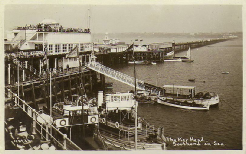 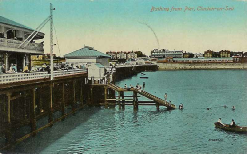 Formed in January 1898, it incorporated Belle Steamers, pier and land interests in Clacton and also Walton-on-the-Naze. The latest steamer, PS Yarmouth Belle, was delivered in time for the main 1898 season, going to Great Yarmouth. Importantly, a newly extended pier at Walton, now owned by the Belle Steamers parent company, became an important steamer call and from 1900 - 1904, steamers called at the more northerly pier before the more treacherous and tide-bound Clacton pier. This gave Walton "first call" for London excursionists and a new role as the interchange point for onward passengers to the more northerly resorts.

The company purchased land at Southwold in 1898 and set about the development of the small resort, with new roads, a large hotel, a pier and a new steamer, to be called PS Southwold Belle, which entered service in the mid-summer of 1900. A pier was also built at Lowestoft (Claremont Pier) and opened in 1903 and a further pier at Felixstowe in 1905.

In March 1905 the company was in financial difficulty and wound up, with its assets taken over by the Coast Development Corporation, but retaining its original board of directors. 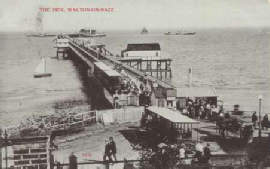 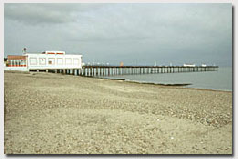 Southwold and Lowestoft piers were difficult to moor in bad weather when the swell was high. When it was too dangerous to moor passengers were taken to the next pier and given the train fare to their destination. 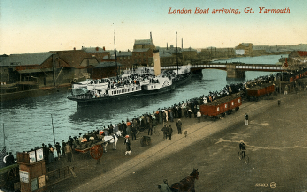 Royal Daffodil was an example of the New Medway part of GSN. She also went to Dunkirk but was so badly damaged had to be towed into Dover, but still managed to-save over 8,000 lives.

The Daffodil was built in 1906 for the trip from Birkenhead and Liverpool.

It was used as a landing craft in Zeebrugge to assist HMS Vindictive on the attack on the Mole. The Vindictive was unable to keep stable to allow disembarkation but the Daffodil held the stern of the Vindictive fast until the return of the landing parties.

The King commanded that for the rest of her career she should be known as the Royal Daffodil.

She was sold to the Medway Company in 1934 and worked between Strood and Sheerness. Later she did London Dock cruses.

In 1938 she was bout by Van Heyghen Freres of Ghent where she was later broken up.

Built in Dumbarton by Denny in 1939, a twin screw boat. She could carry 2385 passengers.

The people of Merseyside wanted the Royal Daffodil name for their new ferry but the GSN used the name and bad feeling ensued.

It immediately went into war service, went to Dunkirk several times, saving 9500 men in seven trips. On the last trip a bomb sent through the hull and exploded outside. The hole was patched up by a mattress and she got safely home.

After the war she took non-stop trips to France from Tilbury. In 1955 she was making no passport day trips to France and between 1957 and 1963 they ran “Rock across the Channel” trips staring Gene Vincent, Jerry Lee Lewis and a young Chas and Dave. This all finished when the promoter ran off with the money.

Was built as the New Royal Lady in 1938 for trips out of Scarborough. Her front funnel is false. She was pressed into war service and in 1944 attached to the US Navy.

After the war she was sold for use on the Firth of Forth and then to GSN as the Crested Eagle. She ran cruses from London to Southend and PLA cruses. From 1952 she was based at Ramsgate for local trips up to Clacton.

She was sold on in 1957 and went to Malta as the Imperial Eagle as an inter island ferry, then as a cargo boat. Eventually in 1995 she was bought by divers and scuttled as a centrepiece of and underwater marine park. 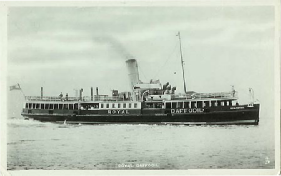 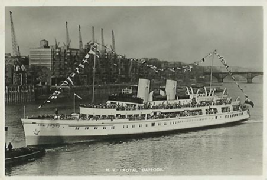