Artist impression of the ferry in action 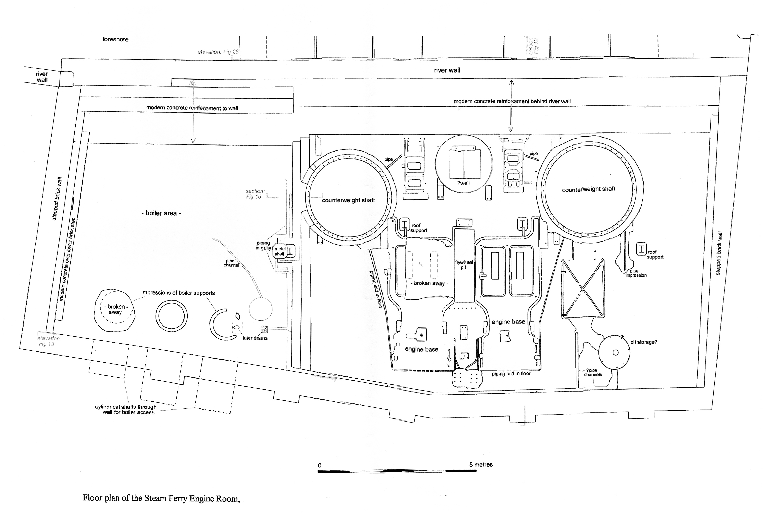 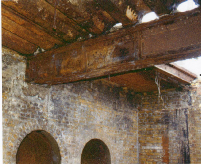 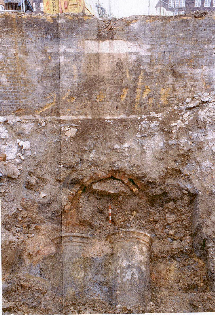 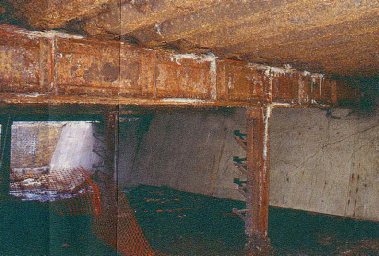 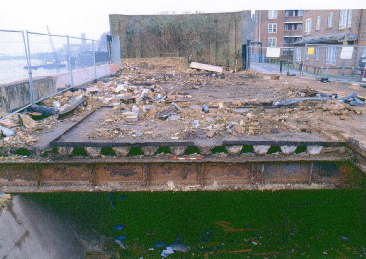 Southwest corner of the engine room

Views of the beams and approach  floor

The drain below the southern end of the engine room

The roof over the boiler area 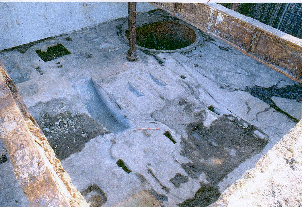 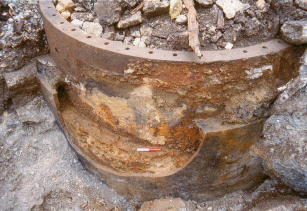 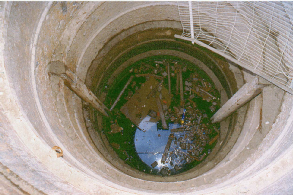 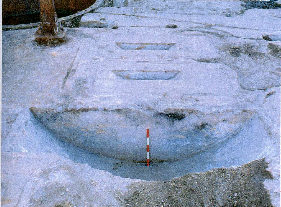 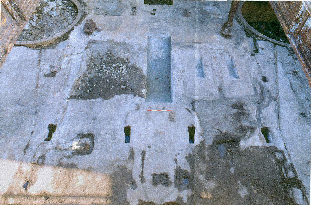 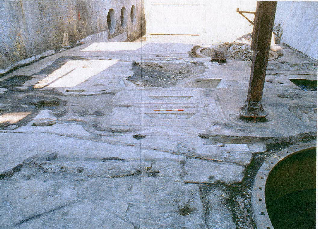 Interior of the counterweight shaft 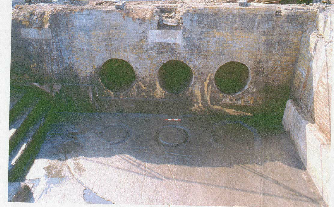 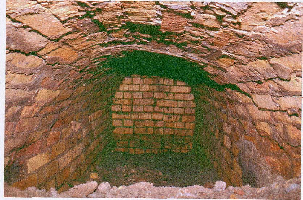 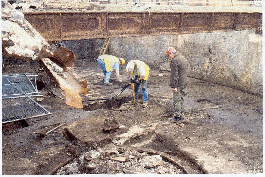 View of the boiler room wall

View of the boiler room 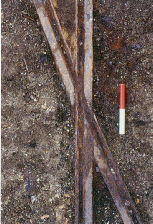 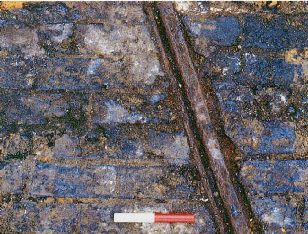 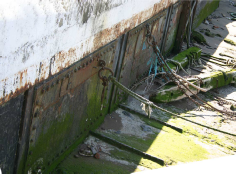 The rails laid into the woodblock sets

The chamber housed steam engines which, through a system of gearing, turned drums so as to draw the landing stage and travelling platforms up and down the slip by means of steel cables.

Just behind this abutment wall were sunk 3 cylinders to a depth of 145ft. These cylinders are 10ft in diameter on top increasing to 11ft 6ins at the bottom.

Counterweights were hung, wire roped and attached to the platforms, and driven through pulleys and a drum controlled by a steam engine. As there is a slope of 1:10 one tenth of the weight in the cylinder will balance the platform. 3 locomotive boilers, draughted by a large chimney, were all linked to provide steam to one large engine and 2 smaller ones.

(The large engine operated the ramps and landing stage, the other two engines were possibly for electricity generation and pumping.)

There were two treble geared, double cylinder high pressure winding engines with 14 in diameter cylinders of 18inch stroke. The cylinders worked winding drums 5ft diameter with 1½” winding ropes.  The ropes to the stages were 4inches with a breaking load of over 3 tones. A third engine, presumably for the landing stage, was a 2 cylinder 6 and a half-inch diameter engine with 8” stroke.

The boilers were 3 steel units of locomotive type, each 140lb/sqin.

So cramped was the boiler room that in order to clean out the fire tubes, holes were sunk into the walls and earth to enable the rods to be pushed back before then could go forward into the fire tubes.

The whole site and ferries were lit by electricity.

A duplicate of this awesome construction was of course operating on the opposite shore and between these landing stages steamed the two purpose-built ferries.

It was proposed that Railway wagons could be transported from the South Eastern Railway to the Great Eastern Railway via the ferry. There is no record of this happening.